Nationally less than 13% of women are represented on Blue Plaques. In Wakefield there are currently only 4 Blue Plaques dedicated to women against 34 to men or buildings. Ultimately this makes it harder for women to be seen as having contributed to the public life of our city and normalises the concept that women are not as important as men.  I take inspiration from Florence Beaumont, our suffrage woman who, despite opposition, carried on with her reforms, regardless.

Believe it or not: in the beginning there was some resistance to this project. I know right? 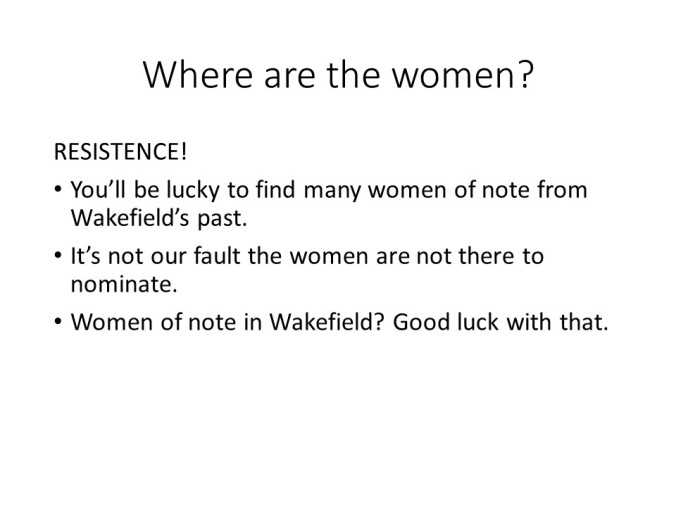 Dream Time Creative has pledged Blue Plaque Parity by 2028, which will be 100 years after ALL women got the vote. Once we achieve this we will be the only city in the UK to have honoured the women from our past in this way, women who have directly influenced the social, political and cultural landscape of Wakefield.
Women achievements are easily forgotten or written out. All too often they are defined by the men around them, and with their successes belittled they often end up as a footnote in a male’s version of events. Our project is uncovering the stories of the women who made their own way, who made their own decisions and who, as a result, made a tremendous difference to our society.

Women like Edith Mackie, without whom the green spaces in Wakefield we know and love, would not exist. Neither would St. John’s Church, nor the square. 1000’s of children would not have received the care they did in Clayton Hospital and Wakefield would not have been known, nationally, as a centre of medical excellence in the training of nurses. Women like Louisa Fennell, whose art work was exhibited in the highest levels of society and whose Wakefield Scenes delight historians and painters alike. Women like Florence Beaumont, who, in 1913 led over 6000 people through out streets on a march down to London to petition for women’s suffrage. Florence went on to represent every single women’s suffrage organisation at The League of Nations in her role as Hon. Secretary. Women like Ellen and Margaret Gissing, without whom 100’s of boys would not have had access to any form of education and who introduced football, for the first time in any English school, to the curriculum. Women like Gertrude McCroben, whose educational reforms opened opportunities for girls and women across the UK and who, in her role as a government inspector ensured those opportunities became entrenched. Gertrude, Florence, Edith and the Gissings all supported the war effort and raised £1000 of pounds to support families both here and in Belgium. Indeed, in her role as Headmistress of the girls’ school, Miss McCroben raised enough money to buy, kit out and send, an ambulance to the Belgium front. Then there is of course, Baroness Alice Martha Bacon, first female MP elected in 1945 and whose reforms included the abolition of the death penalty, legalisation of abortion, legalisation of homosexuality and the introduction of comprehensive education for all.
All these women were extraordinary and they are just the tip of the iceberg. Wakefield produced some of the most active, passionate trail blazers in social reform, education, health and culture in the UK during the 18th,19th & 20th centuries and it is those women we will be honouring as part of the Blue Plaque Scheme in the next 10 years.

This is not to forget the memories, achievements and accomplishments of ordinary women in Wakefield. We have a further strand which is designed to engage and honour these women who, within living memory, also helped to shape our communities. We work with local schools, community groups, in the field of mental health, in writing groups, in dementia groups, with local artists and poets and provide opportunities for people to come together to share those stories and honour their women both on small blue plaques and in other forms of creativity which we will be continuing to share, creatively with the wider community over the next 10 years.

Every project we undertake is underpinned by creativity of all kinds. Creativity provides a pathway into cultural engagement and it is this vision which is enabling people from across all areas of our region to engage with, learn from and be inspired by our Forgotten Women. 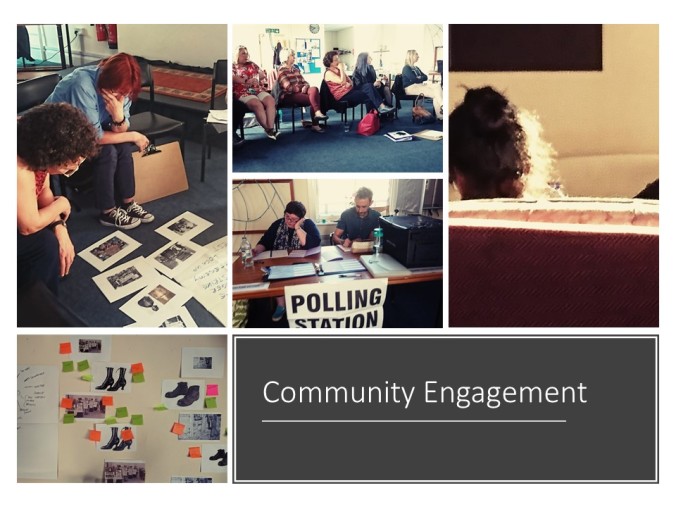 This passion and sense of purpose is what will ultimately drive this project beyond 2028 when it will be normal for our citizens to know about and speak with pride, not only about the women from our past but women in our present.

None of this would be possible without the goodwill of our volunteer research team. 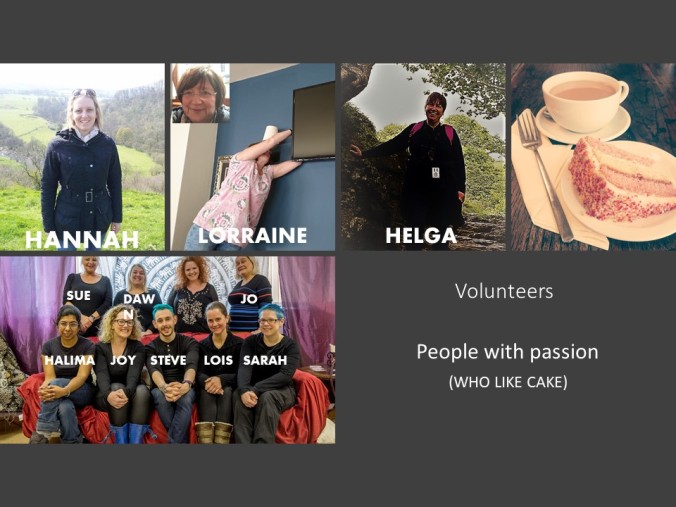 It is my hope that this project will give people a reason to stay and invest in our city, and, with the support of organisations such as Wakefield University, The Art House, The Theatre, The Black Horse Poets, Wakefield Soroptimists, St John’s Church, The Girls High School and The Wakefield Civic Society this first phase of the project, with the commitment of The Wakefield Express and The Yorkshire Post,  is embedding that concept beautifully. 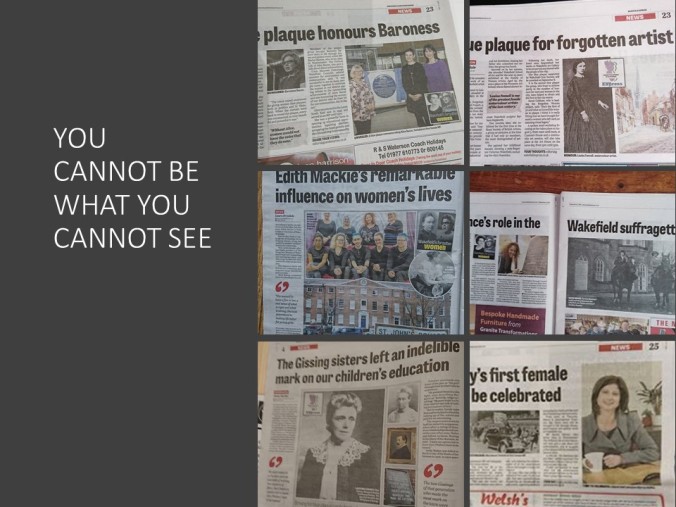 The swell of support across the city now is incredible. 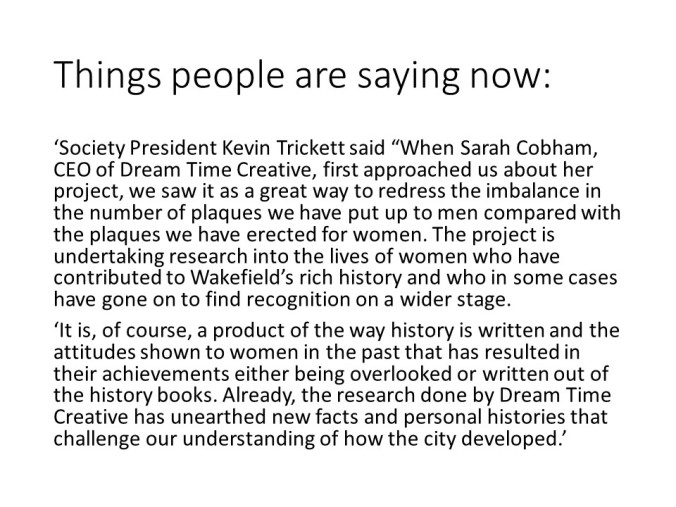 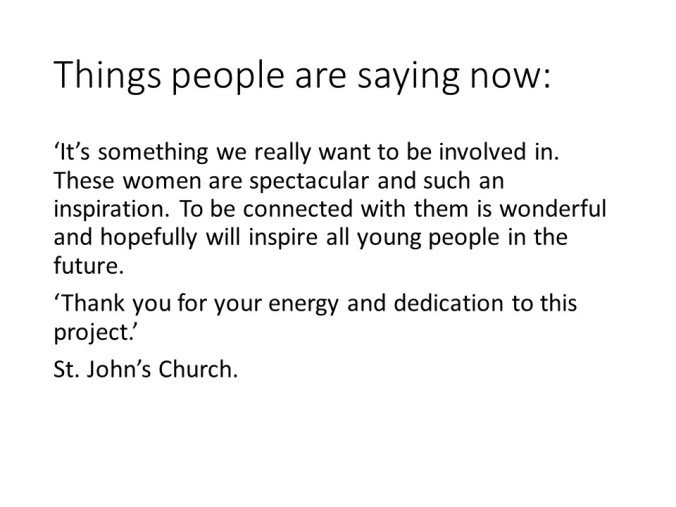 We pledge to honour all women over the next 10 years and are actively seeking to research and Blue Plaque women that reflect our diverse population.

It is fitting to leave the final words in this blog  to our Forgotten Women.
Louisa Fennell’s last entry in her diary reads,
‘Never put off until tomorrow what you can do today.’ 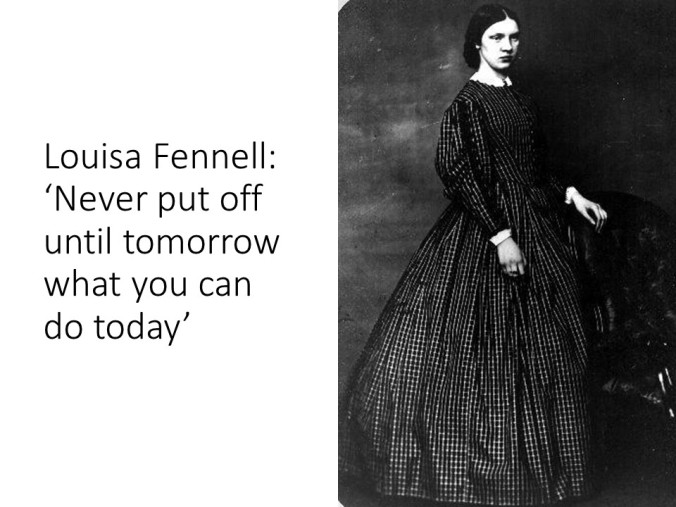 Edith Mackie was well known for saying
‘Deeds Not Words’

Ellen and Margaret Gissing demonstrated a tenacity and determination which highlights their motto:
‘It can be done, and it shall be done’ 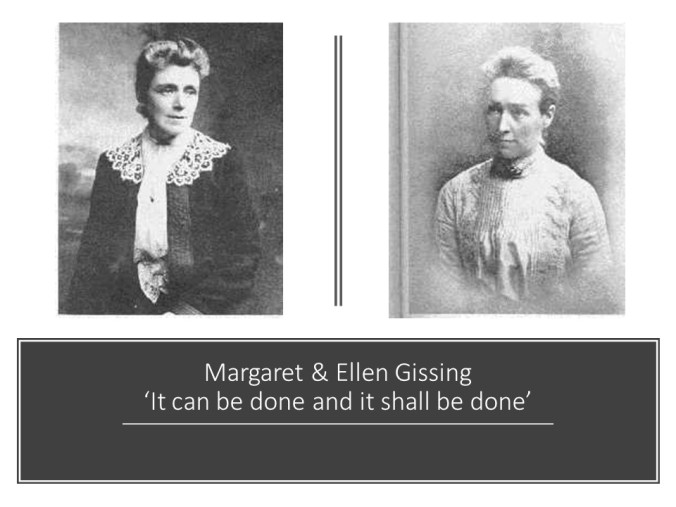 Florence Beaumont is remembered well by her family as expressing the following:
‘I shall not bow to convention if that convention is based on unkindness or stupidity’ 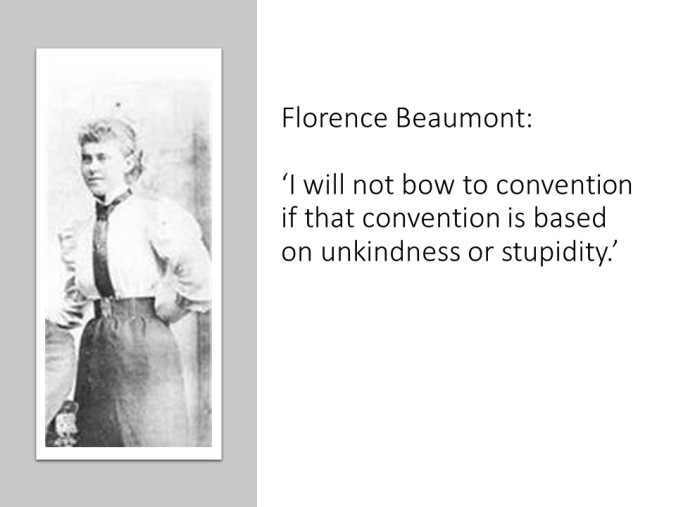 Alice Bacon’s speeches to the Houses of Parliament often refer to the importance of collaboration.
‘We will work together to make things better’

And finally, Gertrude McCroben’s words, written in a Christmas card to her pupils read
‘Better not be at all, than not be noble.’